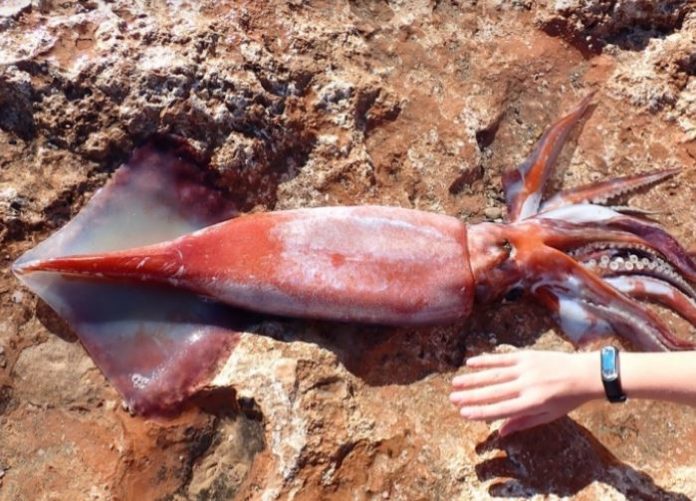 A rarely seen visitor from the deep sea was encountered on Tuesday, December 14, washed ashore at Kokkini Hani, near Heraklion, by local citizens who contacted IMBBC scientists. The impressive specimen was a female European flying squid (Todarodes saggitatus) with mantle length of 50 cm and a total length with expanded tentacular clubs reaching 1 meter. The species is distributed in the Eastern Atlantic and the Mediterranean and undergoes extended migrations for feeding and reproduction. It is rarely seen near the coast since it prefers greater depths, often exceeding 1000 m. The specimen was carefully collected and preserved to be further studied and complement existing datasets on the population status of this interesting cephalopod.