Press release on ARMS-MBON – ASSEMBLE Plus

Researchers have created a network of more than 130 Autonomous Reef Monitoring Structures (ARMS) on the ocean floor in the European regional seas, helping scientists to understand long-term changes in coastal habitats and providing an early warning system for the arrival of non-indigenous species.

Part of a global initiative led by the Smithsonian Institution, the ARMS network has been established close to marine sanctuaries and industrial locations (e.g. ports, and marinas) across Europe and polar regions. This activity is supported by ASSEMBLE Plus and the European Marine Biological Resource Centre (EMBRC) as well as the Interreg program, GEANS. The aim of this initiative is to monitor changes in hard-bottom habitats on a continental scale and to provide data about the impact of climate change and human activities in these environments.

ARMS units are stacks of plates that mimic the complex structure of the sea floor. Acting as “hotels” for marine species, they are colonised soon after being deployed. After a few months or years, they are collected, and replaced. Using genetic identification methods, image analysis and visual inspection methods, it is possible to identify the encrusting species (e.g. coral and algae) as well as motile organisms (e.g. crustacea, molluscs) that have made the structure their home. As part of the EMBRC network, skilled taxonomists offer their expertise to identify and analyse the wealth of life supported by each ARMS unit.

“On a single structure in Crete, we were able to identify the presence of fifteen non-indigenous species. We knew that the region was under extreme pressure from maritime traffic from the Red Sea, but were really surprised to see that the number was this high. Genetic monitoring allows alien species to be identified much earlier than by any conventional sampling method”, says Matthias Obst, Associate Professor at the University of Gothenburg and lead author of the recent publication in Frontiers in Marine Science which outlines the initial findings of the network.

The magic of an ARMS network is that each observatory adds a single dot to the picture that describes the status of all hard-bottom communities across the regional seas. The continuous replacement of ARMS turns the picture snapshots into a dynamic, “movie” view of changes to coastal ecosystems over time.

Researchers can study how species slowly migrate in response to climate change, or how a new species suddenly arrives from another part of the world. Overall, the system  provides valuable services to national and regional authorities who often run monitoring programs in the coastal zone. For example, in Sweden, the national environmental authorities already use data from ARMS located at five different observatories along the Swedish west coast to detect non-indigenous species at the earliest possible stage.

From 2021, EMBRC will work to consolidate the European ARMS infrastructure and promote its services to its members as well as to external stakeholders. The service portfolio will include setting up new observatories with all aspects of sample processing, sequencing, analysis and training. EMBRC members will be able to join the observatory network and offer these services to their own stakeholders.

To find out more about the ARMS network or joining EMBRC as a member, please contact Matthias Obst (matthias.obst@marine.gu.se). 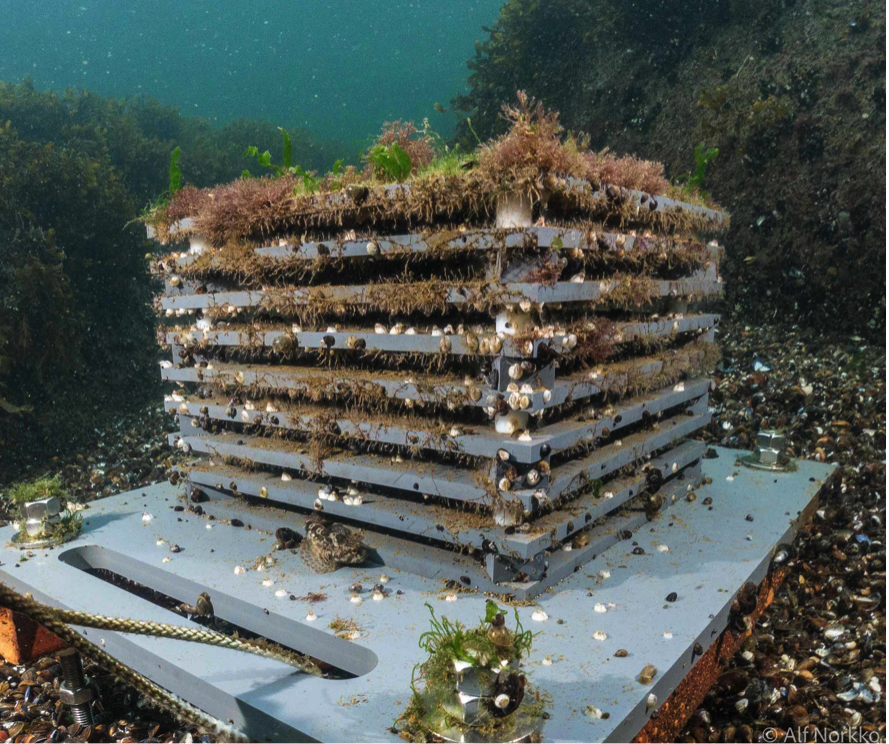 This project has received funding from the European Commission’s Horizon 2020 research and innovation programme under grant agreement No 730984. This output reflects the views only of the author(s), and the European Commission cannot be held responsible for any use which may be made of the information contained therein. The project began in October 2017 and will run until September 2021. The project is coordinated by Sorbonne Université.

The European ARMS Programme is funded by the infrastructure programs ASSEMBLE Plus (grant no. 730984) and the European Marine Biological Resource Centre, EMBRC. Both programs establish and maintain the core network and provide services and consultation for deployment, sample processing, sequencing, data management, and analysis. Funding for ARMS observatories in the North Sea Region was provided by the INTERREG project GEANS (North Sea Program of the European Regional Development Fund of the European Union) and the Swedish Agency for Marine and Water Management (grant no. 3181-2019), and the Flanders LifeWatch contribution (Research Foundation Flanders grant I000819N). The ARMS observatory in Roscoff also received support from the Aquanis 2.0 project (FONDATION Total). Data management and analysis was funded by Swedish LifeWatch grant from the Swedish Research council (grant no. 2017-00634) as well as the EOSC NORDIC project (grant no. 857652). Guiding documents to obtain ABS clearance for access to genetic resources were developed in the framework of projects INTERREG EBB (EAPA_501/2016) and H2020 EOSC-Life (grant no. 824087).