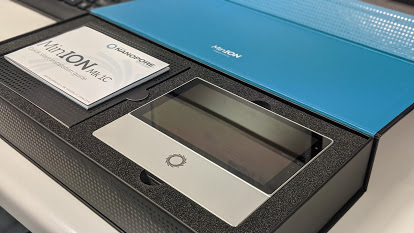 IMBBC recently received the MinION Mk1C Nanopore sequencer. This will complement the MinION Mk1B that is already in our sequencing lab. Whereas the original Mk1B model requires a standalone and quite powerful PC or laptop to operate, the new Mk1C model comes with a built-in PC with touch screen, SSD storage, as well as a GPU for rapid basecalling. It has Ethernet, Bluetooth, USB, Wi-Fi, and even cellular network connectivity. It can function without internet, thus enabling field use. The GPU enables rapid basecalling of the raw sequence signal, thus less time will be tied up waiting for a run to finish basecalling. With two MinIONs available we can potentially double the sequencing throughput. 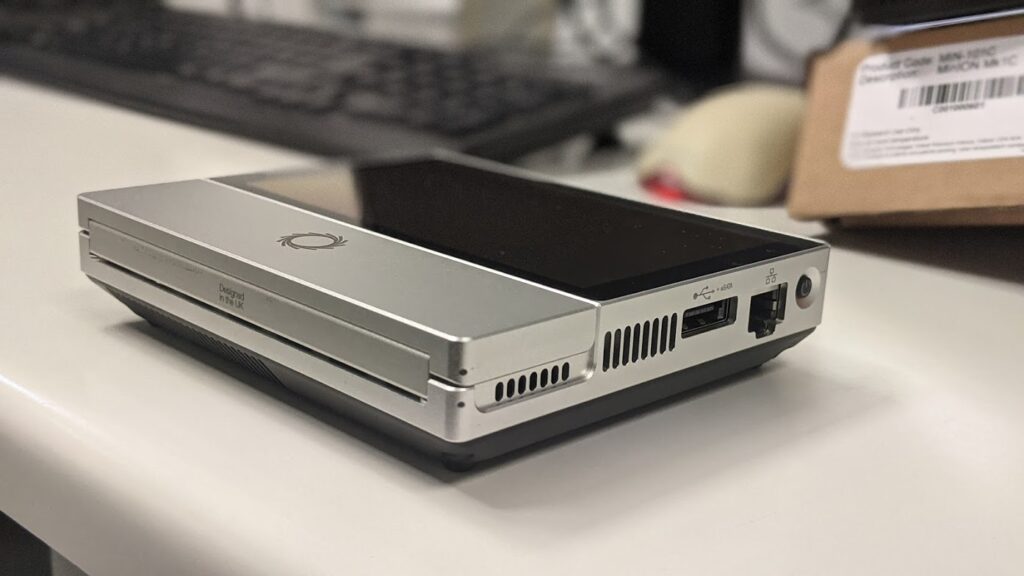 The MinION Mk1C was financed from IMBBC’s sequencing services budget.