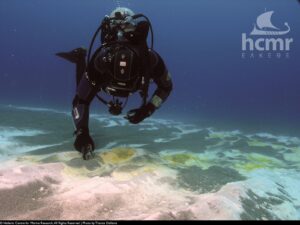 We study biological communities, from microbes to vertebrates, using high-throughput DNA sequencing, in a wide range of marine environments including coastal, deep-sea and extreme habitats, e.g. volcanically active areas. The aim is to assess marine biodiversity and monitor its changes in space and time, but also to explore its biotechnological potential. Our research activities in the field include: 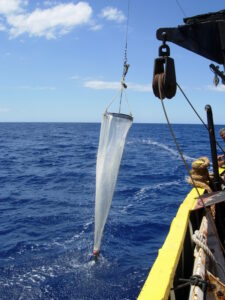 Microbes can thrive in some of the most extreme habitats on the planet. Among them, hydrothermal vents, associated with volcanic activities, represent one of the most promising targets for the discovery of some of the Earth’s oddest and toughest microbes with high potential for biotechnological applications.

We study microbial communities in the extreme environments of the Hellenic Volcanic Arc (e.g. in polymetallic active and inactive gas chimneys, microbial mats, vent lakes) using shotgun metagenomics and amplicon sequencing. We also isolate extremophilic microbes to further explore their potential in the field of biotechnology. 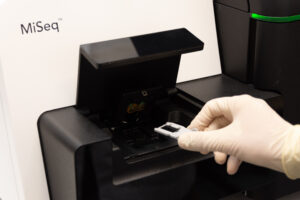 We are working on the standardization of DNA metabarcoding methods in the marine ecosystems of the Eastern Mediterranean Sea, for different taxonomic groups, from microbial plankton to fish.

A Genomic Observatory (GO) is an ecosystem and/or site subjected to long-term scientific research, including the sustained study of genomic biodiversity from unicellular microbes to multicellular organisms.

IMBBC has a leading role in the network of GOs of the European Research Infrastructure EMBRC-ERIC, which is implemented in the framework of the H2020 project ASSEMBLE PLUS.

It also participates in the European ARMS programme, a network of Autonomous Reef Monitoring Structures (ARMS) placed in the vicinity of marine stations, ports, marinas, and Long-Term Ecological Research (LTER) sites in order to assess the status of, and changes in, hard-bottom communities, using genetic methods supplemented with image analysis and visual census. 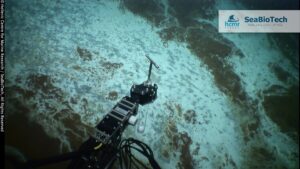 Since 2018, IMBBC has coordinated the Ocean Sampling Day event, where several marine stations from all over the world collect marine water samples for studying microbial plankton communities.